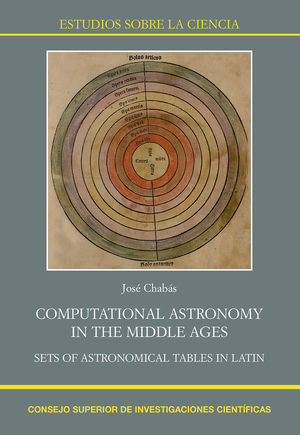 This monograph is devoted to an analysis of the major sets of tables in Latin used by astronomers in the late Middle Ages and the early modern period, revealing the connections between them, and exploring the transmission of astronomical knowledge. We present in chronological order, as far as possible, these sets of tables, arranged in four parts. Part I examines the background for the work of Andalusian table-makers, and includes a brief survey of the tables compiled by Ptolemy and those in the zijes of al-Khwrizm and al-Battn, for these sets had a major influence on medieval western astronomers. Part II deals mainly with the two principal astronomical traditions developed in al-Andalus and subsequently in the rest of the Iberian Peninsula, with special focus on the Toledan Tables. In Part III the emphasis is on the Castilian Alfonsine Tables developed in Toledo in the second half of the thirteenth century and later recast by several astronomers, mainly in Paris, to become what is called the Parisian Alfonsine Tables. Part IV presents later collections of astronomical tables, mostly in the Alfonsine framew